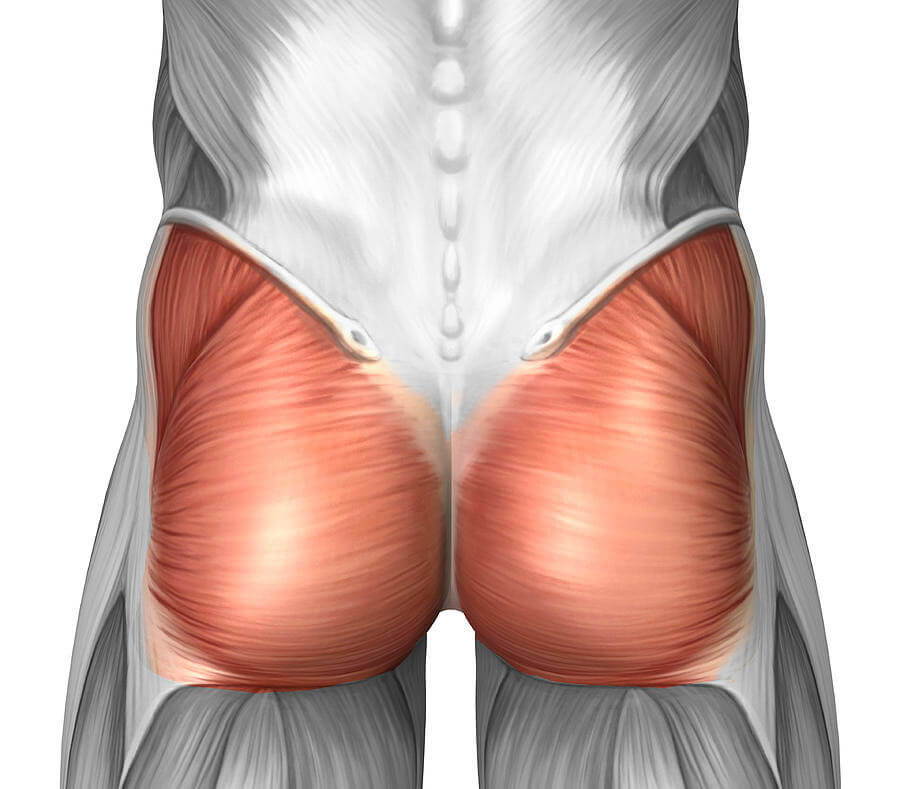 The largest of all muscles in the human body, and largest of three gluteal muscles, it is located behind the hip. Because of the size and shape of this muscle it can generate a massive amount of force.

There are two layers to the muscle which originate at the posterior aspect of the pelvis and insert into a bony prominence ((tuberosity) of the femur (thigh bone). It also inserts into the iliotibial band (IT band) on the lateral aspect of the leg.

Gluteus maximus functions to extend and laterally rotate the hip joint. Some of the upper part of the muscle can abduct (bring together) the hip while the lower fibers can adduct (move away) the hip.

Because is it a powerful extensor of the hip, the muscle is responsible for strong lower limb motion such as climbing and running but generally it is only lightly engaged when walking.

Another main feature of the muscle is to maintain the body's erect position and, in coordination with the hamstring, can extend the trunk from a flexed position to an upright posture and beyond bringing the spine into extension.

Some of it's superior fibers work to extend the knee via it's attachment to the iliotibial band.

It is now known that in combination with deep abdominal muscles, the gluteus maximus can control anterior pelvic rotation.

Many people with a weak gluteus maximus experience low back pain due to the inability to control hip motion and can't maintain a fully upright body position. Weakness in the muscle can also create lateral knee pain.